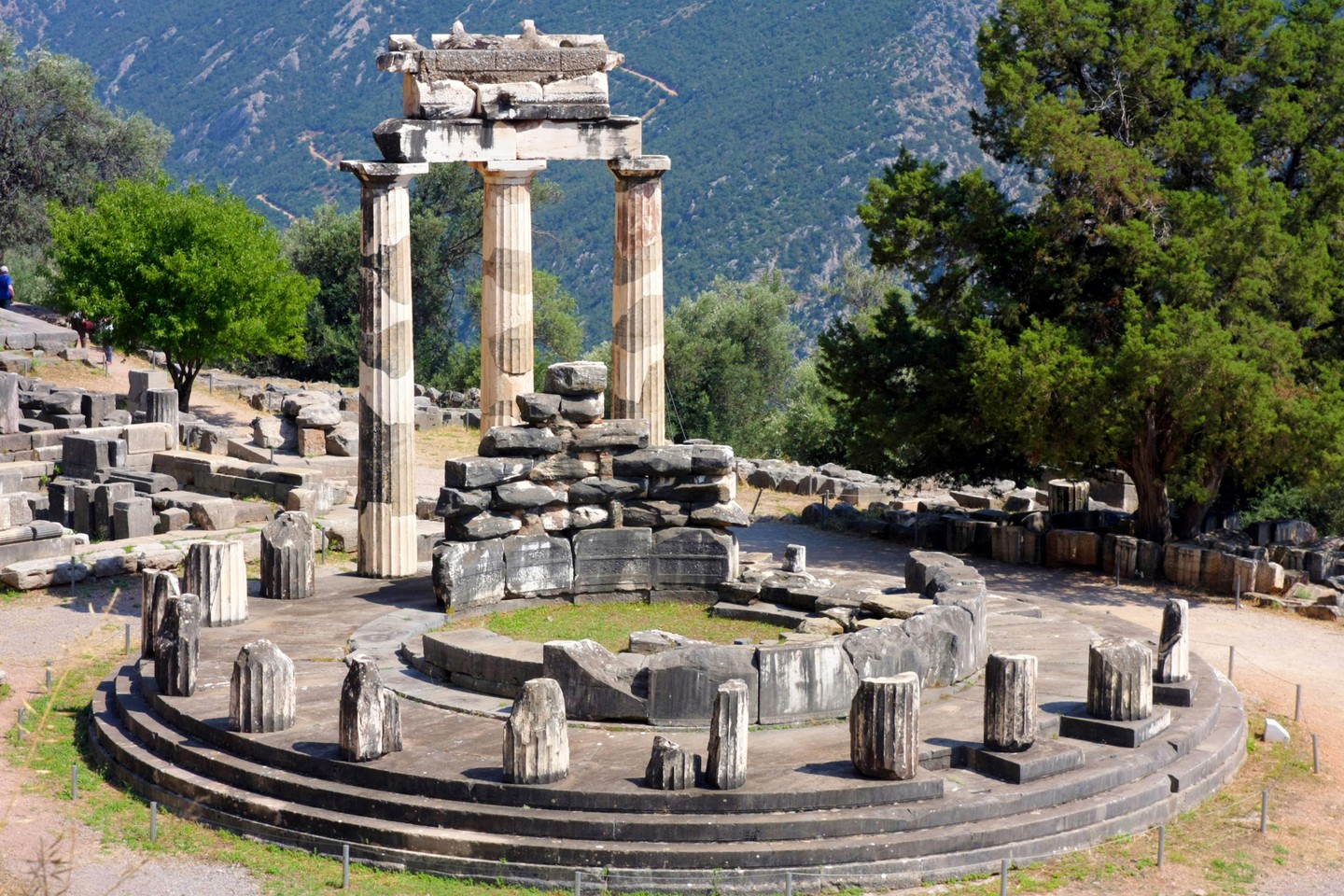 The Best Day Trips from Athens

Visit the centre of the ancient world at Delphi

As one of the most important archaeological sites in Greece, Delphi is a classic day trip to take from Athens. The ancient Greeks once considered this the centre of the world, visiting to communicate with the Gods at the Temple of Apollo. The temple lies remarkably preserved on the hillside, and there is an ancient theatre and a stadium to explore as well. This day trip also grants visitors access to archaeological treasures inside the museum of Delphi and a quick detour to the spectacular mountain village of Arachova.

Take a train to the monasteries of Meteora

Let yourself be whisked away via train towards the centre of Greece with this day tour to the monasteries of Meteora. Perched precariously on top of tall sandstone mounds, these famed Byzantine monasteries dominate the landscape and offer a step back in time. There are six monasteries to explore, all of them collectively designated as a UNESCO World Heritage site. As one of the most-visited attractions in the country, the site has a captivating ambience – the sheer ingenuity of the architecture and spiritual atmosphere never fails to leave visitors in awe.

Brush up on your history in the Argolis Peninsula

If you’ve visited all of Athens’s ancient sites – and there’s a lot – then you may also enjoy the Argolis Peninsula, home to a high concentration of historic sites and within easy distance of the city. This day tour takes in some of the most important sites, starting with the Corinth Canal, an impressive feat of engineering with origins dating all the way back to the 7th century BC. Next up is the town of Epidaurus, home to an ancient theatre and fascinating archaeological museum, before finishing in Mycenae with a visit to the fortress of the mythical Agamemnon, the hero of the Trojan War.

Leave the city behind and explore the islands

If you’re looking for a bit of escapism, you’re in luck; this full-day cruise takes in some of the most idyllic islands of the Saronic Gulf. Boasting crystal clear waters, sandy shores and quaint stone villages, each of the three islands (Hydra, Poros, Aegina) come with their own character: Hydra is a step back in time, devoid of any cars and motorbikes; Poros is famed for its majestic forest of pine trees and golden beaches; and on Aegina, you’ll find the mythical Temple of Aphaia, dating back to the 5th century.

Enjoy some sun and sand at Cape Sounion

Cape Sounion is a small peninsula southeast of Athens, jutting out into the azure waters of the Saronic Gulf. With beautiful beaches and great views, it’s the perfect spot for a relaxing day trip out of the confines of the city. But it’s not all sun and sand – perched on the edge of cliffs that plunge 65 metres (213 feet) into the sea is the Temple of Poseidon, an ancient site of worship. The grand white marble columns that remain stand as a testament to the ancient Greek civilisation and their prowess when it came to choosing locations for temples.

Get back to nature on a hike in Parnitha National Park

If you’ve grown weary of the hustle of the city and need a break in nature, the Parnitha National Park lies tantalisingly close to Athens – just 40km (25mi) north of the city. These mountains are covered in a sprawling forest of fir trees, filled with caves and wildlife, and dotted with plenty of great hiking trails. Don’t sweat too much though, because this day tour is a gentle introduction to the area, taking in a relaxing six-kilometre (3.7-mile) hike along mostly flat ground. Things get even more breezy as you enjoy a traditional Mediterranean lunch under the forest trees.

Located south of Athens, the Blue Hole is a sea cave that burrows vertically down 30m (98ft) into the ocean floor. Resembling a man-made well, diving into this geological anomaly is an adventurous day trip that makes for a change from the historic attractions of Athens. At the very bottom is another dark opening: the beginnings of an uncharted and unexplored network of caves thought to be connected to the nearby Lake Vouliagmeni on the mainland. Your diving trip is recorded by the diving instructors, and the recording is available to take home, free of charge.

Sail along the Athenian coast

If you’ve ever dreamed about diving off a yacht moored in a secluded cove, then this half-day trip is for you. Taking off from the marina in Athens, the expert sailing crew navigate guests along the Athenian coast, stopping along the way for plenty of swimming and snorkelling opportunities. Back on board, snacks await after your dip in the ocean, and if you’re interested, the skipper will happily teach you the basics of sailing; very handy if you’re planning on buying your own yacht and living the idyllic Greek lifestyle.