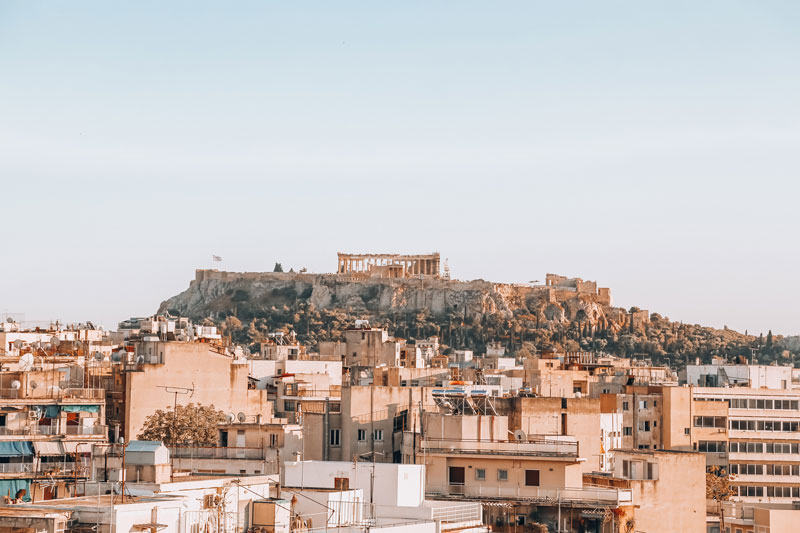 A History of Athens’ Old District of Plaka in 60 Seconds

News November 3, 2018 by admin
The historic district of Plaka, in central Athens, is situated under the Acropolis, around the northeastern slopes of the Sacred Rock, between Syntagma and Monastiraki metro stations. Its village-like atmosphere, neoclassical buildings, quaint cafes, souvenir shops and museums make it a favourite among visitors and Athenians who stroll along its narrow streets. Here is a historical snapshot of the oldest neighbourhood in Athens.

Built on top of ancient Athens’ residential zones, Plaka is known as the ‘Neighborhood of the Gods’ thanks to its close proximity to the Acropolis and its many archaeological sites. The district mainly developed around the ruins of the Ancient Agora in an area that has been uninterruptedly inhabited since ancient times.

During the long years of the Ottoman occupation, Plaka was actually called the ‘Turkish quarter of Athens’ as it was the seat of the Turkish Governor. But it was during the Greek War of Independence, which lasted from 1821–1829, that Plaka declined and was massively abandoned by its residents due to the many battles that occurred in the area in 1826. However, it was when the newly established King of Greece, King Otto, chose Athens as the capital of the new state in 1834 that Plaka (as well as Athens) was repopulated. The census around that time indicates that Athens was a small town home to about 4,000 people, who mostly lived in the area underneath the Acropolis. But when Athens became the new capital, this called for the relocation of city builders and the working force, mostly from the Cycladic island of Anafi, who settled in a neighbourhood called Anafiotika, above Plaka. Little by little, the city expanded beyond Plaka to reach the cemetery of Kerameikos and the new royal palace, which is now home to the Greek Parliament. This modernization of the city led to a massive exodus from the countryside to the capital, which counted around 44,500 inhabitants in 1870.

However, in 1884, a fire destroyed a huge part of Plaka, which actually gave archaeologists the chance to conduct excavations in the area, mostly near the Roman Agora and by Hadrian’s Library. These excavations are still going on to this day.

Recognized for its old-time charm, its plethora of museums and its closeness to the centre, Plaka is, and will remain, a popular attraction in the busy Greek capital. You will certainly have a lovely time wandering its labyrinth-like streets and alleys, stumbling upon forgotten squares offering unprecedented views over the city, admiring small chapels and sitting at cool cafes at the foot of the Acropolis, where you can relax with a beer in hand and a plethora of mezes in front of you. Take advantage by heading to Adrianou street, lined with many souvenir shops or visit some of the museums in the area, including the new Jewish Museum of Greece, the Frissiras Museum, the Museum of Popular Music Instruments, the Athens University Museum or the new Acropolis Museum.